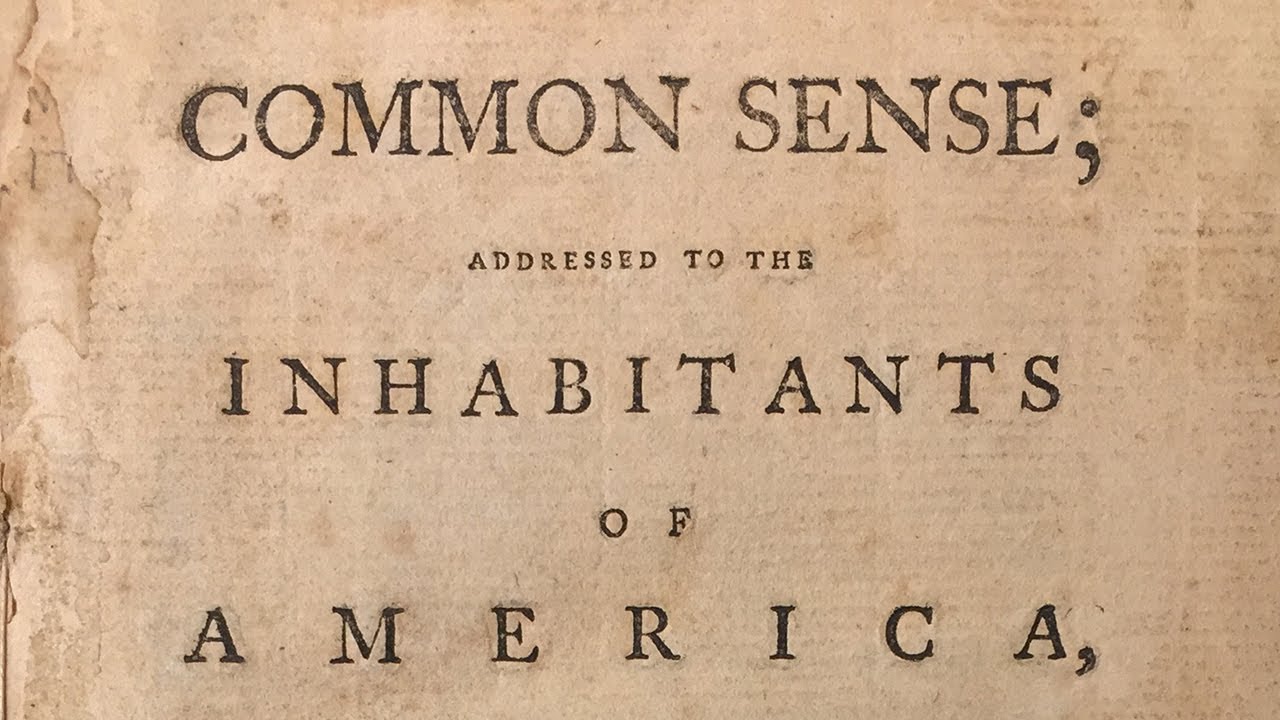 Impeachment trials, corruption in Washington, the deep divide in our country, and everything else makes me feel as though our world is turning upside down.  A once great country, the United States of America is plunging into a totalitarian state where the people are slaves and the rulers in command of everything.  Some people will stop reading right there and may assume I’m just another crazy patriot, fighting for Trump and the election that he said was stolen from us.  I can, without a shadow of a doubt, that this is not about Trump and what is happening to our country has nothing to do with Trump.  As a matter of fact, I didn’t vote in this last election because I already knew that the corruption in this country has such far reaching arms that there isn’t anything in this world they can’t touch or control, including an election.

Thomas Paine, a famous English philosopher and an advocate for the adoption of the U.S. Constitution, once wrote a pamphlet called “Common Sense”.  The sheer popularity of this writing is believed to be a central reason in convincing the colonies to revolt against the tyranny of England.  John Adams stated that, “Without the pen of the author of ‘Common Sense,’ the sword of Washington would have been raised in vain.”  Adams was referring to George Washington’s sword and that Paine’s “Common Sense” made Washington’s fight against the British troops pointless.  Ironically, Adams was a critic of the pamphlet and he believed it to be too radical.

Paine was a person that was passionate about freedom and liberty.  Despite the pamphlet’s amazing success, selling well over 500,000 copies during it’s original release, Paine donated all his profits from the book to help aid in the American cause.  For that reason, I would say that he was a true patriot and his writings helped to shape what would soon become the United States of America.  His words are very inspiring and still ring true today, some 245 years later:

“The cause of America is, in a great measure, the cause of all mankind. Many circumstances have, and will arise, which are not local, but universal, and through which the principles of all lovers of mankind are affected, and in the event of which, their affections are interested. The laying a country desolate with fire and sword, declaring war against the natural rights of all mankind, and extirpating the defenders thereof from the face of the earth, is the concern of every man to whom nature hath given the power of feeling; of which class, regardless of party censure.”

One thing that Paine knew as did our founding fathers was that “prudence will point out the propriety of having elections often…”  Having elections often ensures that the People are represented accurately thus the House of Representatives must hold elections every two years so that, “their fidelity to the public will be secured by the prudent reflection of not making a rod for themselves.”  Subsequently, frequent elections aren’t always enough when you consider that there are no limitations to how long a representative can occupy that seat assuming they are continually elected – like Congressman Philip F. Thomas of Maryland, service a total of 34 years in Congress.

I could go on and on about Thomas Paine and how his writing had far reaching effects that shaped this Nation, but I won’t bore you with you all of that.  However, I would like to end with a few of my favorite quotes from Paine as they are very applicable to what’s happening now.  In love and light my friends!

“When men yield up the privilege of thinking, the last shadow of liberty quits the horizon.”

“It is not in numbers, but in unity, that our great strength lies; yet our present numbers are sufficient to repel the force of all the world.”

“It is the madness of folly, to expect mercy from those who have refused to do justice; and even mercy, where conquest is the object, is only a trick of war; the cunning of the fox is as murderous as the violence of the wolf.”