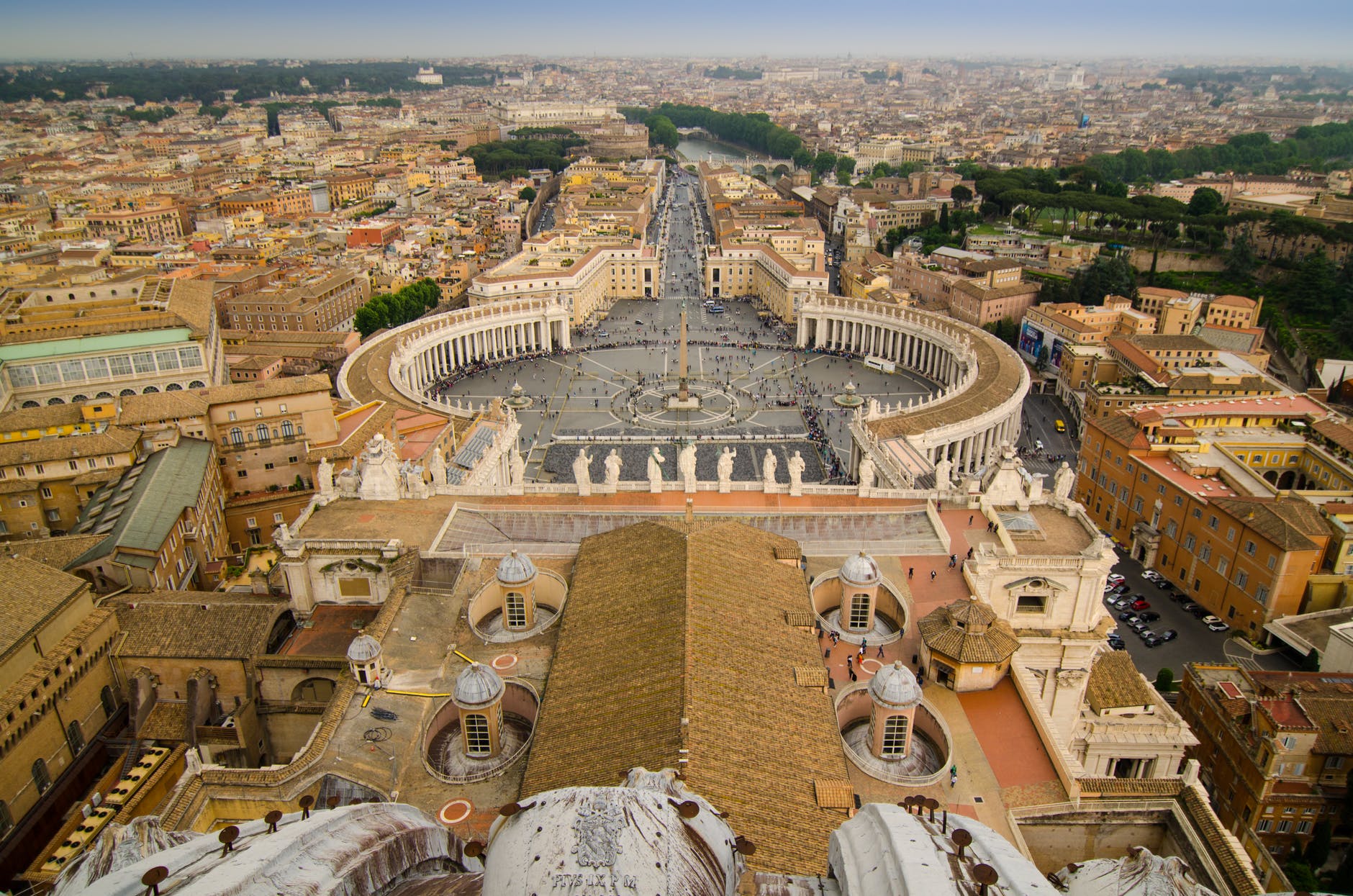 Pope Benedict XVI officially resigned his papacy today, February 28th, 2013 @ 2:00 PM EST.  At this point in time, the Roman Catholic Church does not have a pope but there is an acting pope, technically speaking that is.

Before I get into that though, let’s talk about who “Peter the Roman” is, especially since most of us have never heard of him.

During the 12th century there was an Irish Bishop known as Malachy who, according to historical documents, had a dream or more accurately, a vision about the Catholic Church.  In his vision, he saw the final 112 popes that would head the Church starting with Celestine II, in 1143.

According to historical accounts, which by the way the Church considered forgeries, the 111th pope was referred to in the prophecy as “Gloria Olivae” which means the “glory of the olive.”  If the Malachy prophecy is true then the 111th pope was most likely Pope Benedict XVI.  This is because the order of Saint Benedict was commonly referred to as the Olivetans.

Now, just so you are aware, even though the Catholic Church considered Malachy’s writings to be forgeries, it is rumored that the Church took them very seriously.  So much so that it was rumored that in 1958, the Conclave would not elect Pope John Paul XXIII until they first hired a boat, filled it with sheep, and sailed it up and down the Tiber River.  This was in keeping with the Malachy prophecy that stated the next pope would “pastor et nautor” which means “a pastor and a sailor.”

If Pope Benedict XVI was the 111th pope then there would only be one more pope to fill the papacy and that pope is to be called “Petrus Romanus” or “Peter the Roman.”  The last pope would signal the end of the Roman Catholic Church and ultimately the end of the world.

This is where things get very interesting.  The prophecy states the last POPE will be Peter the Roman.  In order to be a pope, the Conclave must first elect a pope.  The election of a new pope is expected to take place within the next three weeks or so.

No one knows for sure who is on the list of potential candidates for the papacy but some say that list contains at least three cardinals with “Peter” in their name.  However, one of those cardinals stands out because he is most definitely Peter the Roman.  His name?  Cardinal Tarcisio Pietro Evasio Bertone.

Bertone was born in the Romano Canavese of the Italian Piedmont.  That makes him Roman and his given name is Tarcisio Pietro Evasio Bertone.  Pietro is Italian for Peter.  So there you have it, Peter the Roman!

Now hold onto your hats people because you’re in for a BIG surprise!!  Stay with me now and allow me to explain:

When a pope resigns or dies, there is a period of time where the Church is without a pope.  And during this time, the Camerlengo (Italian for Chamberlain) of the Roman Catholic Church becomes the temporary administrator of the Holy See.

As a former Catholic, I realize that using the term “acting pope” isn’t a very true statement because a devout Catholic will tell you that the Congress of Cardinals holds the ruling power during a vacancy in the papal seat, albeit limited power.

The Camerlengo, on the other hand, is technically in charge until a new pope is elected.  This is because the Camerlengo is also the head of state for the church and is charged with administering all of the Church’s properties and revenues.

And here’s the kicker:

As I said above, the Camerlengo is pretty much in charge until a new pope is elected which makes him the acting pope!

Now, if you recall above, Cardinal Camerlengo Bertone could be considered “Peter the Roman” because he was born and raised Roman and his given name, Tarcisio Pietro Evasio Bertrone, contains the name Peter.  And he’s currently in charge of the Catholic Church people!!

So, does this mean Malachy’s prophecy has been fulfilled??

Well I don’t know if the “acting pope” qualifies as a pope as Malachy envisioned it but it sure does give you something very big to think about for the next few weeks until a new pope is elected – assuming the Church doesn’t fall apart before then.

Of course the opponents of the prophecy’s state that they were mere forgeries perpetrated in the 16th century by supporters of Cardinal Girolamo Simoncelli who was a candidate to become the next pope in 1590.  Additionally, the accuracy of the list after 1590 is not quite that great unless you try to make the connection between the prophecy and the actual list of popes after that time.

But decide for yourself.  In my opinion, Malachy’s prophecy has been fulfilled because Peter the Roman is currently at the helm of the Catholic Church even though he’s not technically the pope….yet.