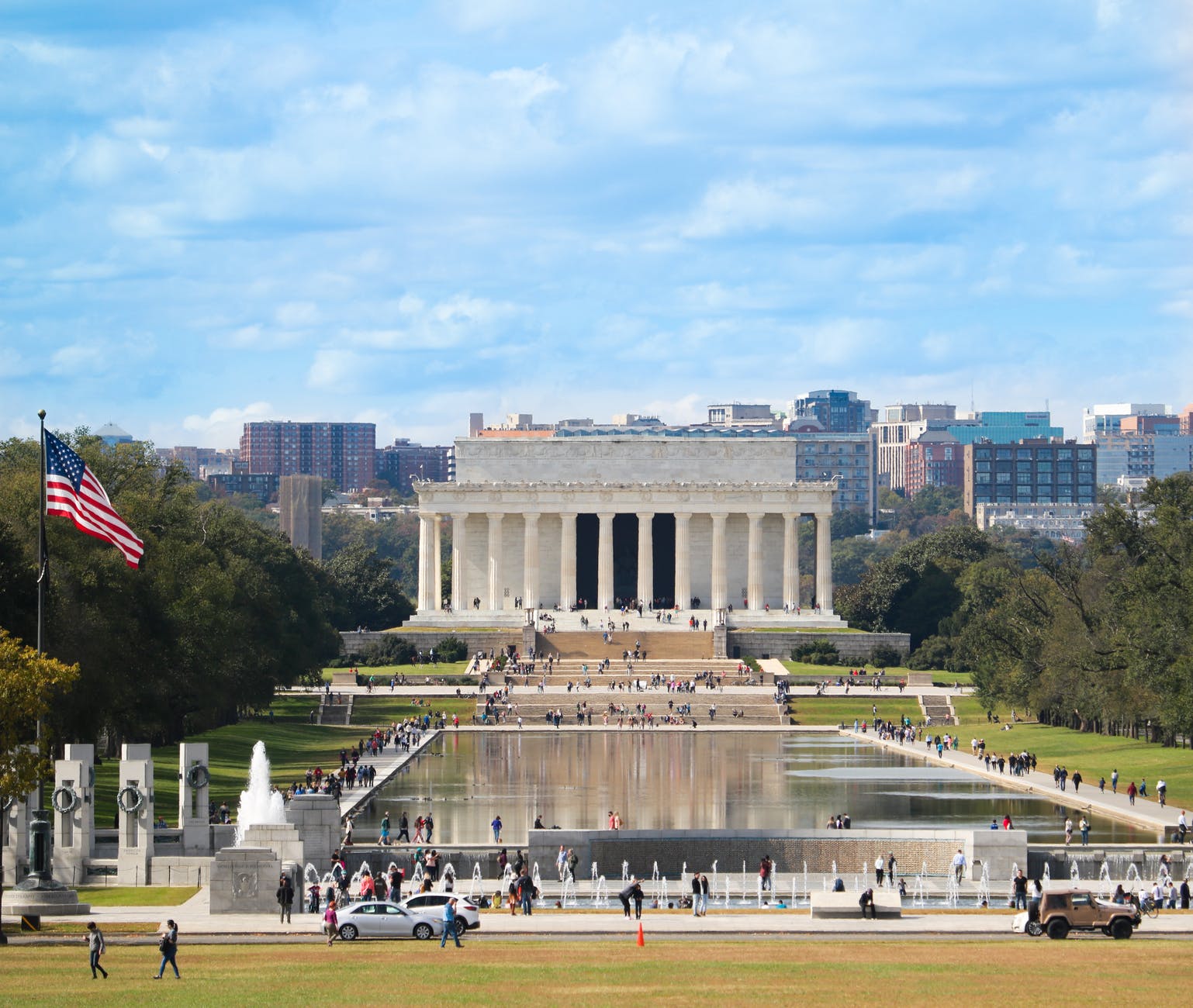 The events that took place yesterday were shocking and saddening, to say the least.  Watching President Trump leave the White House and ultimately the Office of the President of the UNITED STATES OF AMERICA, was bittersweet.  Trump is a man who believes in his country and who would clearly die for his country if necessary.  A true patriot of the United States of America and the Constitution of the United States of America, he never wavered in his support for this country and he did so under fire by CONGRESS for the entire four years he served the American people.  Unfortunately, much of the American public have no idea what is really happening at this moment in time and through no fault of their own considering that this corruption in DC has been going on since 1871.  This article will go into the details that most people are completely unaware of and then I will explain what it means going forward.  For those of you who are already familiar with this information, this article will hopefully help you hold on a little bit longer as the actions taking place now and in the near future must happen in order to get our Republic back.

The History Behind Our Current GOVERNMENT

Understanding the latter parts of this article will only come through learning a bit about the history behind our current GOVERNMENT.  Once you understand this history, you will be able to see what is going on and what Trump has really been fighting for the last four years and will continue to fight for.

The Government for the District of Columbia – an Act of the 41st Congress in 1871:  The year was 1871 and the true Congress, authorized by the Constitution, was in session.  This year marked the year that the Constitution for the United States of America was replaced with the Constitution of the United States of America as the governing document of the newly created government of the UNITED STATES, a newly created corporation.  The Act to create the government for the District of Columbia (D.C.), made this change possible and is spelled out in simple terms for the world to see in the statutes of the 41st Congress (1871) that stated, “it is hereby constituted a body corporate for municipal purposes, and may contract and be contracted with, sue and be sued…” (p. 419).

Several changes to this Act were made over the years following 1871, notably in 1874, but these are largely seen as amendments to the main concept of creating a corporation that supplanted the Republic’s government with a corporate government, residing in a 10-square mile area known as the District of Columbia and is also known as the permanent seat of the UNITED STATES government.  Additionally, this District’s supreme legislative body is the Congress.

My last final note is that you may have noticed the various capitalizations in certain words above.  These capitalizations are commonly found in legal documents when referring to any corporation (company).  In other words, corporations are typically capitalized so I did that here to show the difference between the originally intended government for We the People versus the corporate government of the UNITED STATES, which was never intended in the original Constitution for the United States of America.

Why Does Incorporation of the Government Matter?

Are you confused yet?  Well, you should be because that is by design because the changes were so subtle, the average person would not know the difference and probably wouldn’t have cared either.  Furthermore, no one would suspect anything nefarious in the Act that created D.C. because it appeared to be in alignment with the original Constitution.  So, if you bring up the facts written here, thus far, most people will say that it does not make any sense nor does it seem plausible considering how much our forefathers went through to escape tyranny and ultimately declare their independence.  Regardless, this really did happen, and the statutes are right there for all to see.

The rabbit hole goes much further than this, regarding how people fit into this corporation and can be liable to it, but I will not go into detail on that because that would be better suited for a separate article.

What Trump Meant when He Stated the Election was Stolen

Trump was obviously not a popular President within the corporation of the UNITED STATES and was constantly being hunted by the corporation to remove him from office once they realized that he knew what was going on and was going to attempt to dismantle the corporation, once and for all, returning the United States of America to original constitutional law.  The implications of such an attempt would be disastrous to the corporation and their hold on the People so everything was done to try and remove him (think impeachments and the various ways they turned the People against him).  So, when the 2020 Presidential election was won by Biden, Trump stated the election was stolen from the People and went so far as saying it was rigged.  Trump is correct in stating it was stolen as it has been for well over 100 years, ever since Congress converted the government to a corporation back in 1871.  The American People have assumed that every election since then has been constitutional and therefore, valid.  However, the elections are nothing but a farce, designed to keep the population happy and ignorant.  Remember, the People never knowingly agree to incorporating this great country and that, therefore, makes the corporation of the UNITED STATES an enemy of the United States of America.  We can take that a step further and declare that Congress is guilty of treason for having perpetuated this deceit of the American People and the United States of America.  Trump knows all of this and that is why the UNITED STATES corporation stopped at nothing to remove Trump from power.

Although it is true Trump wanted another four years and most likely did win the popular vote of the election and perhaps even the Electoral College, the corporation was not going to allow it.  So, the election was rigged through various allies of the corporation, allies that have a stake in the corporation of the UNITED STATES.  Trump could have used the corporation’s own assets against them to stage a coup but that would have been lawless.  One thing Trump always wanted to do was to do things legally and for the benefit of the People of the United States of America.  Besides, why stage a coup of a corporation that is an enemy of the People when at the end of the day, you only want to return this great country to the original Constitution and sovereignty it ensured?

What About Draining the Swamp?

Undoubtedly, most of us have heard the phrase “drain the swamp” in the past four years as uttered by President Trump on numerous occasions, both before the 2016 election and during his presidency.  Trump was referring to the illegitimate government in D.C. that is the UNITED STATES corporation when he proclaimed those words, time and time again.  He knew what he was up against and made a promise to the American People that he would not rest until he drained that swamp.

Most of us were extremely disappointed, me included, when we watched Trump leave D.C. and watched Biden get sworn in as the next President of the UNITED STATES.  But notice there – the next president of the UNITED STATES?  The UNITED STATES is a corporation and not the United States of America.  So, when Biden was sworn in, he was sworn in, he was essentially only made the President of that corporation and therefore, not the People’s President.  At the time, I did not even consider this fact as I had been caught up in all the lies that Congress has spewed in the last few weeks that many American People believe to be truth.

Even though Trump is gone now, he did leave us with the parting words that he would be back in some form to finish what he started.  That means he has not given up on his promises to the People and we need to be patient to allow for things to unfold, even if we all expected them to unfold this week.

The Storm is Upon Us

The events that have occurred in the last few weeks have kicked off the Storm.  The Storm is the phrase used to describe the events that will take place to rid us of the UNITED STATES corporation and all the corruption and evil that has come with it (it has also been referred to as “The Plan” by some).  The events are listed below and will help to restore the Republic and the sovereignty of the People who are the rightful governors of the United States of America:

This list may or may not be complete so please do not shoot the messenger.  The information was gathered from multiple sources, but I have chosen not to name them here because really, I think everyone should do their due diligence and research these things.  By doing that, you will gain a better understanding and respect for what has happened and what is happening so that you can potentially support the great Nation, if you are not already doing so.

I am going to stop here as I really wanted to get this out there in the hopes that more people wake up to what is really going on.  As always, take what resonates with you and leave the rest behind.

In love and light – Quinn

Constitution of the United States of America (1789). Preamble. Retrieved from https://www.archives.gov/founding-docs/constitution-transcript